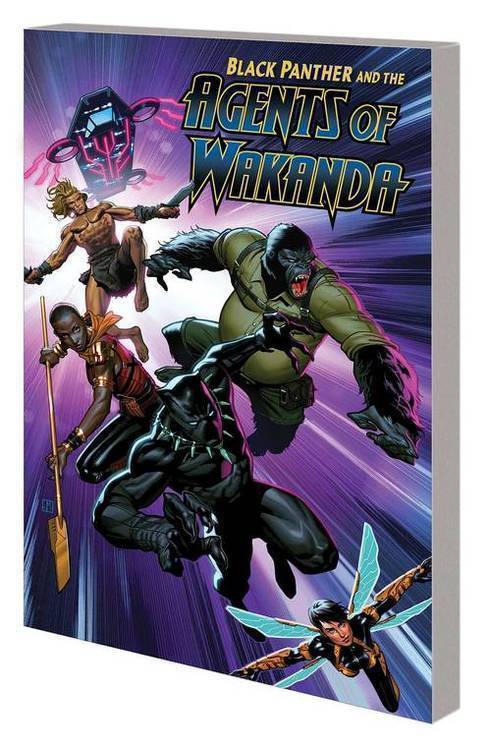 Our first line of defense in a world under siege from all sides! From the pages of Jason Aaron's AVENGERS come the Agents of Wakanda - assembled by the Black Panther to fight the foes that Earth's Mightiest can't! Vampires. Aliens. Angry fish kings. T'Challa's handpicked Agents can handle it all. But as Wakanda makes waves on the world's map, not everyone is a fan. Now, General Okoye and T'Challa will take Gorilla-Man, Ka-Zar and the Wasp on a global fight for survival! But when a source of dark energy emanates from a small Oklahoma town, is it a super villainor a savior? What if the greatest threat to Earthis the moon? And can the squad keep a S.H.I.E.L.D. cache of experimental technology out of Deadpool's hands? Collecting BLACK PANTHER AND THE AGENTS OF WAKANDA #1-5. Rated T