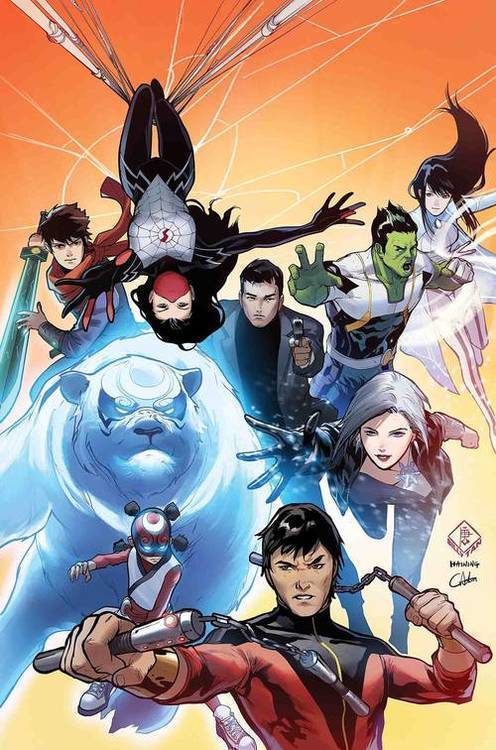 FEATURING MARVEL'S NEWEST HEROES WAVE, AERO & SWORD MASTER! A 'War of the Realms' tie-in series! As Sindr, Immortal Queen of Muspelheim, and her legions of Fire Demons march on Asia, it's time for a new band of heroes to unite to protect the Pacific Rim. Having brought together a ragtag team of heroes to defend the Earth from an alien invasion in the past, can Amadeus Cho reassemble his 'protectors' -- Shang-Chi, Silk and Jimmy Woo to save the world from incineration? And where is Kamala Khan? And just who are Crescent, Io and Luna Snow??? Featuring Marvel's newest heroes from China, Aero and Sword Master, and a mysterious new Filipino heroine named WAVE! Rated T+