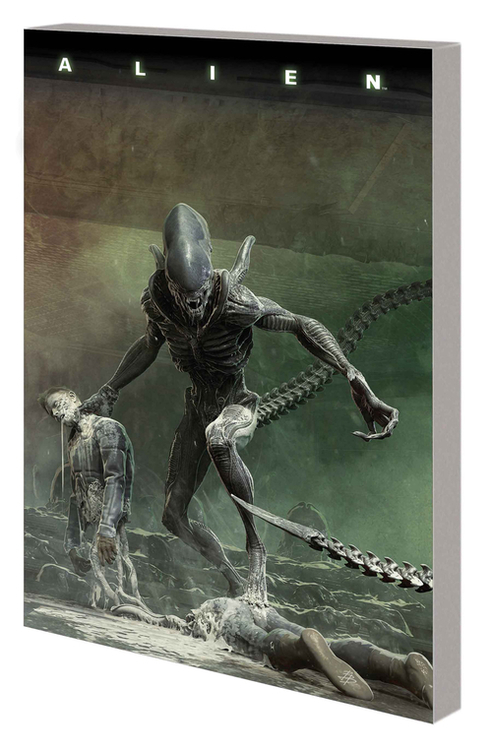 "Man, machine and the most terrifying creature in the universe! It's an express elevator to hell, and you'll want to be on it! A small colony of synths has settled in secret on a backwater moon. When a company of United System soldiers comes to them for help retrieving biotechnology on a hostile planet that could be the key to saving humanity, the synths must decide whether the prospect of peace between man and machine is worth the risk of betrayal. Because 'Steel Team' - the legendary, unkillable Synthetic Special Operations team - is the United Systems' only hope as they navigate the hellscape that the once-idyllic Tobler-9 has become. Since its mysterious downfall years earlier, Tobler-9 is considered one of the most hostile environments in the known universe - a place where nothing organic could possibly have survivedor could it? Collecting ALIEN (2022) #1-6."