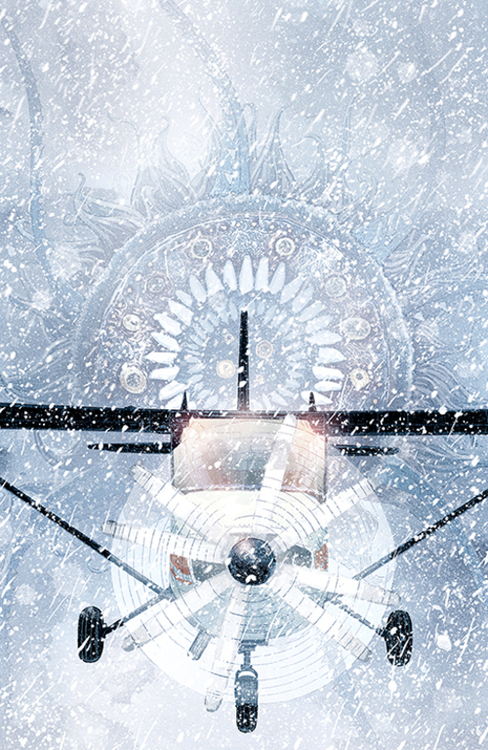 "In this turbulent new horror mini-series from writers Jeremy Haun (The Red Mother) & Jason A. Hurley (The Beauty) and artist Jess Hervs (The Empty Man), a storm is coming that's bringing more than bad weather. When airport employees Mac and Abigail find themselves snowed in after a blizzard, they witness a terrible plane crash. After pulling a survivor from the wreckage, they realize a terrifying truth: this plane has been missing for 27 years! The nightmare has only just begun though, as the people trapped in the airport soon find themselves confronted by what this plane actually brought back. For those with a fear of flying it's not the sky that deserves dread, but what lies beyond it"