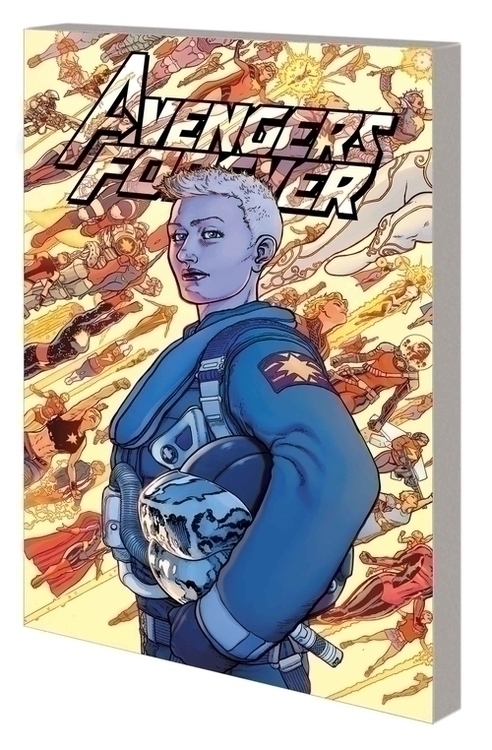 "The Multiverse's mightiest heroes! On an alternate Earth where Wakanda has been crushed and the Black Panther is a forgotten legend, one man known as T'Challa will forge a new legacy for himself as the Invincible Vibranium Man - and deliver hope to a planet caught in the grip of the god-slaughtering King Killmonger! Elsewhere in the Multiverse, Steve Rogers - a mild-mannered, ninety-pound guy from New York - suddenly wakes up in a jail cell. Even weirder, every other prisoner is also named?Steve Rogers. Plus: Meet the most broken Thor in all of existence - and the elite high fliers and photon-armed commandos of the Carol Corps! But can any of them stand in the way of Doctor Doom and his Masters of Evil as they reshape every world in their terrifying image? Collecting AVENGERS FOREVER (2021) #6-11 and AVENGERS FOREVER INFINITY COMIC #1-4."