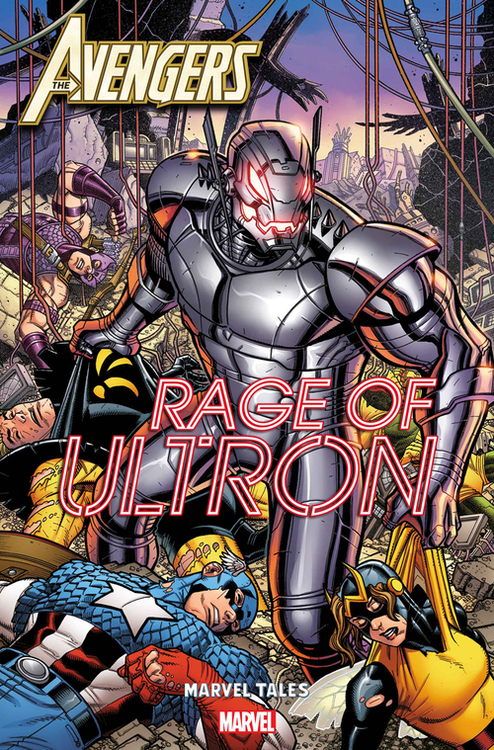 "Ultron's full robotic rage is unleashed as we celebrate the legacy of the House of Ideas with MARVEL TALES! This anthology series shines a spotlight on fan-favorite characters, features timeless stories and highlights some of Marvel's most impressive talent from the past eight decades! In AVENGERS: RAGE OF ULTRON - an original graphic novel from the blockbuster team of Rick Remender, Jerome Ope?a and Pepe Larraz - a classic victory for the Avengers becomes a nightmare years later! Ultron, the homicidal artificial intelligence so long devoted to ending life on Earth, has found a new world to conquer - one with its own horrific legacy. When Titan - birthplace of Thanos - falls, Planet Ultron rises in its place! Thanos' brother, Starfox, seeks the aid of his former allies - but the Avengers he finds are radically different from the ones he once knew! Rated T+"