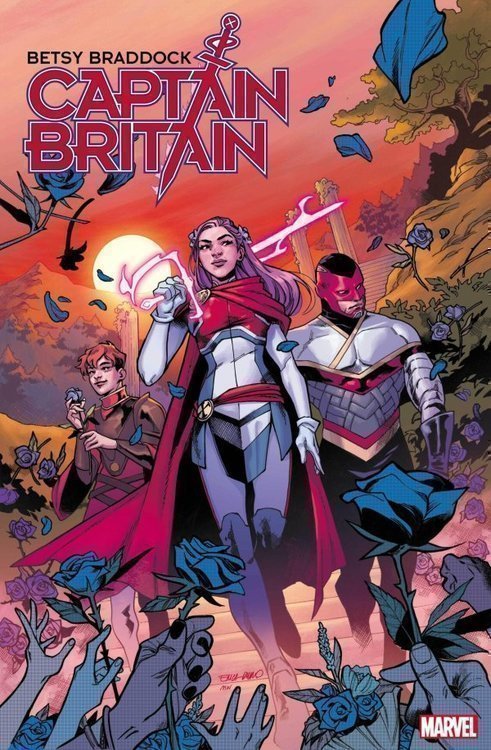 THE CAPTAIN COMES HOME! And she’s got a whole new mission! With Otherworld settled, Braddock Manor restored, and her brother Captain Avalon at her side, you’d think things look pretty good for Betsy Braddock. Only it turns out, good ole Britain doesn’t want her back. No one wants a mutant menace carrying the shield of Captain Britain, and Betsy’s made more than a few enemies along her way. Quest-less and country-less, Betsy must define a role for herself. A fresh take on a beloved character, don’t miss the latest Tini Howard extravaganza and fan-favorite artist Vasco Georgiev’s Marvel debut!