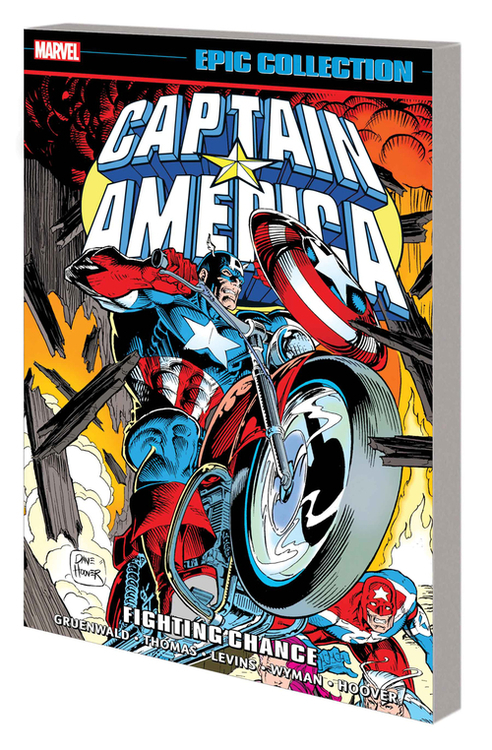 "Captain America fights for his life! Cap is on the hunt for the Skull - the Blazing Skull, that is! Then, Doctor Faustus' mental machinations pit Steve Rogers against his old pal Nomad! But when the Sentinel of Liberty learns that his enhanced physique is shutting down on him, his choice is simple: retire from being a hero?or die in action! But with evil masterminds plotting and dead villains rising, that's no choice at all for Captain America! Can Cap's friends dissuade him from setting the world's safety above his own? Plus: Wartime adventures with the Invaders, Bucky and the Howling Commandos! And Cap unites with Nick Fury to expose a rogue faction of S.H.I.E.L.D.! Collecting CAPTAIN AMERICA (1968) #420-430 and ANNUAL #13, NOMAD (1992) #18-19, CAPTAIN AMERICA: THE MEDUSA EFFECT, and CAPTAIN AMERICA/NICK FURY: BLOOD TRUCE. Rated T+"