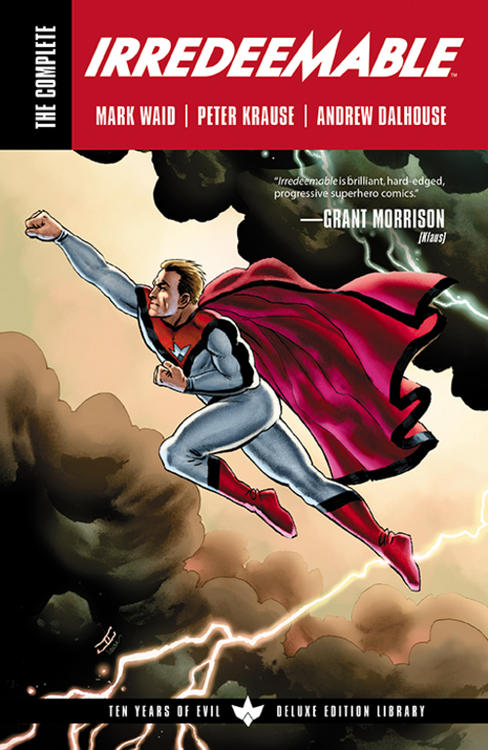 "When the Plutonian, the world's greatest superhero, snaps and turns into the world's greatest villain, only his former teammates have a chance at stopping his rampage. But while on the run from the world's most powerful and angry being, will these former teammates discover his secrets in time? How did he come to this? And what happens to a world when its savior betrays it? The iconic team of writer Mark Waid (Kingdom Come, The Avengers) and artist Peter Krause (We Only Kill Each Other), along with some of the most acclaimed creators in comics, challenge everything you think you know about superheroes by exploring the good, the bad...and the irredeemable inside all of us. This comprehensive volume collects Irredeemable #1-37, Irredeemable Special #1, and Incorruptible #25-26, alongside a new foreword by Academy Award nominee Kemp Powers (Spider-Man: Across the Spider-Verse) and an afterword by comics icon Grant Morrison (All-Star Superman, Klaus)."