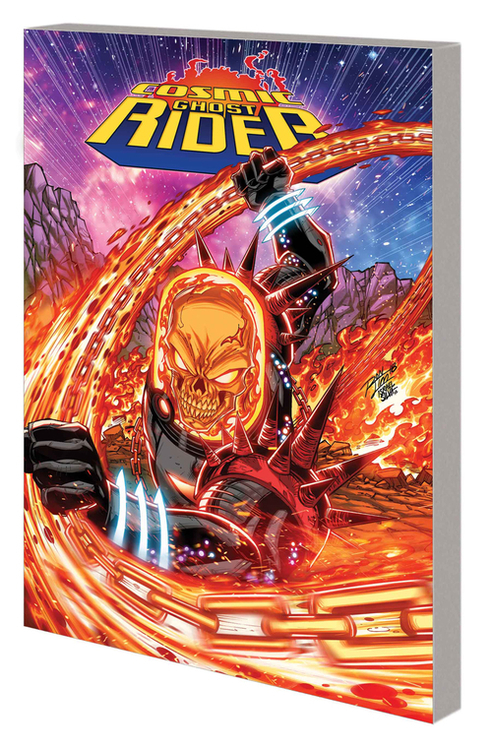 "Thanos' newest enforcer is Marvel's most outrageous breakout character! Millennia ago he was Frank Castle, the Punisher. A deal with the devil made him the Ghost Rider. An alliance with Galactus made him cosmic. And a bargain with Thanos made him dead?! Don't worry, Cosmic Ghost Rider has a time-travel plan for revenge - but can even Frank kill baby Thanos?! Plus: As cosmic war rages and a new hunt for Thanos begins, will Cosmic Ghost Rider answer the call and join the Guardians of the Galaxy?! Presenting all of Donny Cates' flaming-hot tales of the far-out future Frank Castle! Collecting THANOS (2016) #13-18; COSMIC GHOST RIDER (2018) #1-5; GUARDIANS OF THE GALAXY (2019) #1-6; and material from REVENGE OF THE COSMIC GHOST RIDER #1, THANOS ANNUAL (2018) #1, THANOS LEGACY and WOLVERINE: BLACK, WHITE & BLOOD #3."