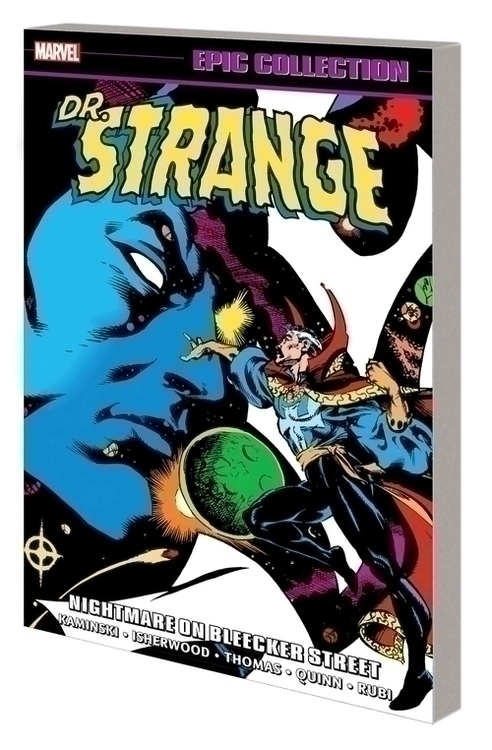 "Powerless! When Clea's actions free the dread Dormammu, Doctor Strange beseeches the all-powerful Vishanti for aid. But his mystical patrons have a request in return - and when Strange refuses, he is stripped of most of his magical power! Sorcerer Supreme no more, Strange must revive his old non-team the Defenders to contend with Dormammu! Then, when Nightmare targets Strange, will Morbius be a friend or foe? Plus: Strange loses and gains a disciple and is swept up in cosmic chaos when the Goddess launches her Infinity Crusade! And when Strange aids the Midnight Sons against Lilith, it unleashes a terrifying new foe - and sparks a radical reimagining of Strange himself! Collecting DOCTOR STRANGE, SORCERER SUPREME #48-61 and ANNUAL #3; MORBIUS: THE LIVING VAMPIRE (1992) #9; and material from MARVEL COMICS PRESENTS (1988) #146 and MARVEL SUPER-HEROES (1990) #12, and #14. Rated T"