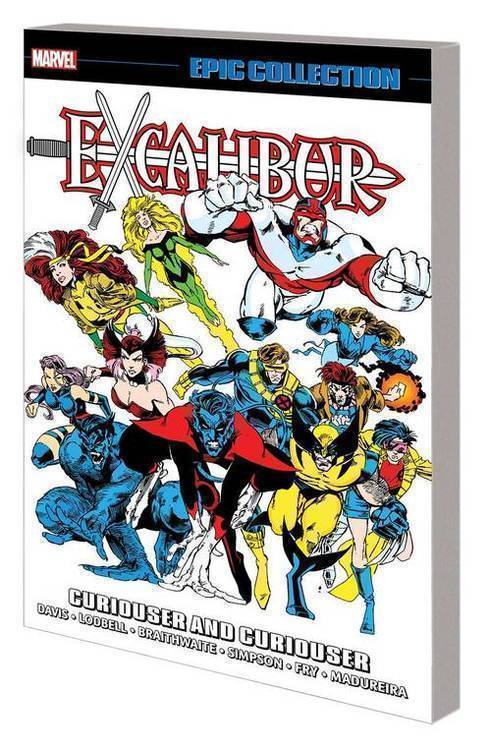 Alan Davis returns to Excalibur! The legendary artist takes over the writing chores to steer Shadowcat, Nightcrawler, Phoenix, Captain Britain and Meggan to new heights of greatness - and madness! The troublesome Technet return to wreak havoc! The Captain Britain Corps puts Brian Braddock on trial! Meggan searches for her past! And Excalibur deals with the offbeat arrivals of Kylun and Cerise! But what is the fearsome threat of the Anti-Phoenix, and who has been pulling Excalibur's strings since the very beginning? Plus: Secrets of the Phoenix Force are revealed, the Crazy Gang makes its bizarre return and Captain Britain's sister, Psylocke, stops by - to help battle their older brother, the insane Jamie Braddock! Guest-starring Spider-Man and the X-Men! Collecting EXCALIBUR (1988) #42-58, EXCALIBUR: XX CROSSING and material from MARVEL COMICS PRESENTS (1988) #110. Rated T+