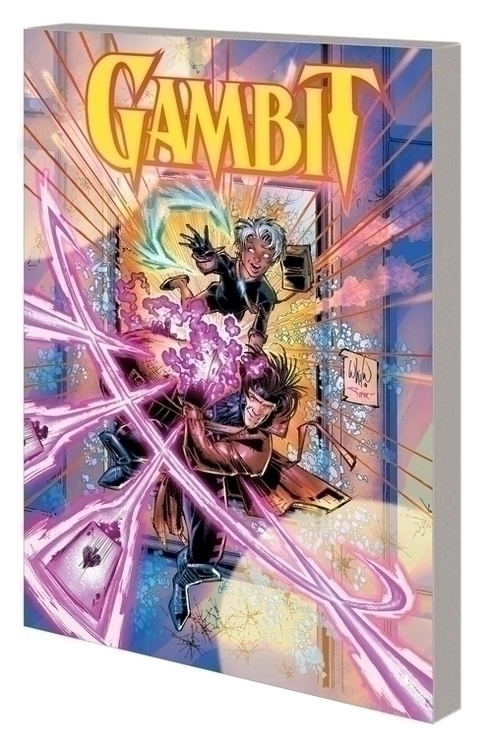 "An all-new adventure of everyone's favorite thief! You think you know all there is to know about Remy LeBeau, the mutant called Gambit - but there's still plenty up this ragin' Cajun's sleeves! Before he joined the X-Men, Gambit encountered a mysterious girl named 'Ro - the mutant Storm, regressed to childhood by the nefarious Nanny z- and the two went up against the forces of the Shadow King! Now more of their story is revealed for the first time! Gambit finds his path to becoming a heroic X-Man as co-creator and legendary X-scribe Chris Claremont weaves a story of action, intrigue and revenge! But as Remy and 'Ro become a thorn in the side of mogul Solarz, the mercenary Warhawk is unleashed on our heroes! You'll get a charge out of this one, mon ami! Collecting GAMBIT (2022) #1-5. Rated T+"