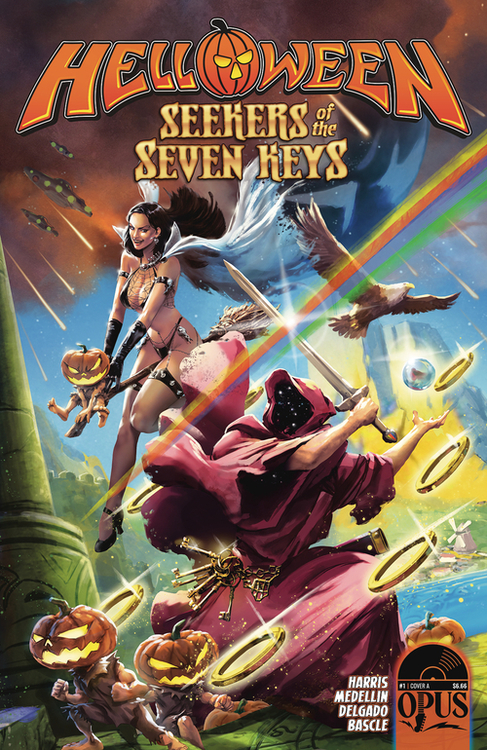 "Pumpkin fans, unite! 'Seekers Of The Seven Keys' explores the iconic cast of characters depicted on album covers from the legendary German heavy metal band, known as the 'godfathers of melodic speed metal.' The mystical Seven Keys have been lost, and the Keeper wants them back. But he's not the only one looking. And when teenage siblings stumble upon the quest, they embark on a 1980s-style science-fiction, fantasy adventure filled with the horror tropes, campy characters, and throwback humor for which the band is known."