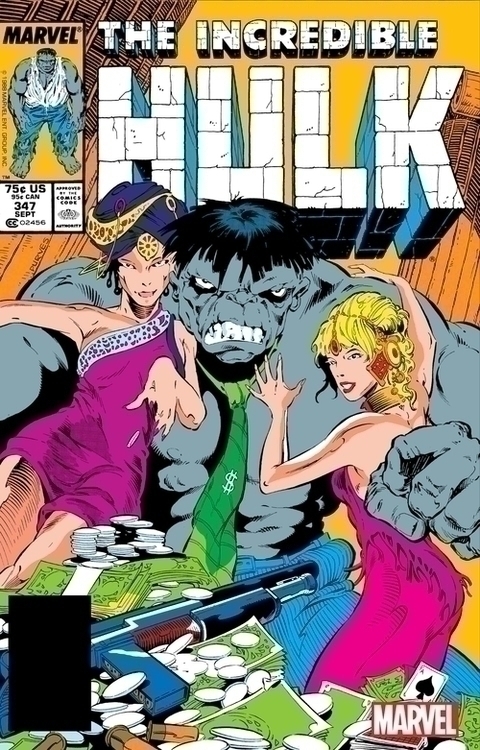 "One of the most startling transformations in the ever-incredible history of the Hulk! The gray-skinned goliath has been missing for months, since he was caught in a massive gamma bomb blast detonated by the Leader. But in Las Vegas, casino owner Michael Berengetti has a new bodyguard who redefines the meaning of 'muscle.' Suited and booted, the man called Mr. Fixit is a hulking brute with skin the color of granite - and, when one of Berengetti's rivals makes a move against him, he'll soon learn Fixit is bulletproof too! The Hulk finally has a job he enjoys, and he's living the high life - so what could go wrong? A new era in Hulk history begins here! It's one of the all-time great Marvel comic books, boldly re-presented in its original form, ads and all! Reprinting INCREDIBLE HULK (1968) #347."