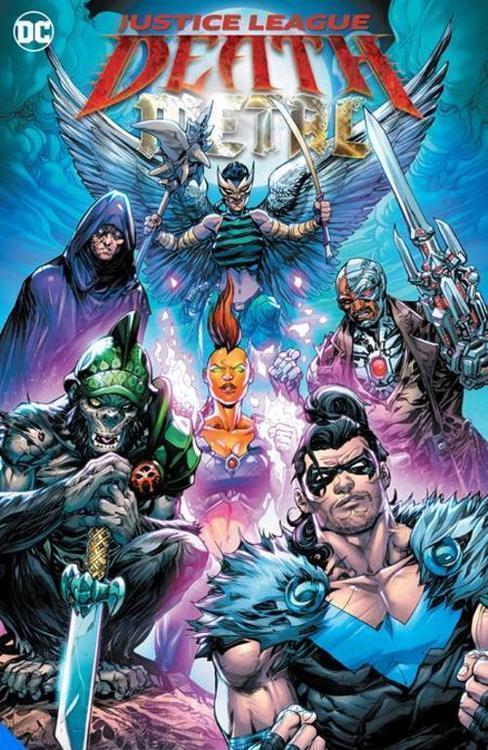 Spinning out of the pages of Dark Nights: Death Metal, Nightwings on a mission to free the Legion of Doom from Perpetuas clutches, and hes formed his own Justice League to do it! Starfire, Cyborg, Hawkgirl, and Detective Chimp team up to fight their way through an Earth twisted by the Dark Multiverse, but theyll need one more to get the job donenone other than Lex Luthor! Featuring the talents of superstar writer Joshua Williamson (Infinite Frontier, The Flash) and fan-favorite artists Xermanico (Justice League Dark, Wonder Woman) and Robson Rocha (Aquaman, Supergirl), this volume collects Justice League #53-57.