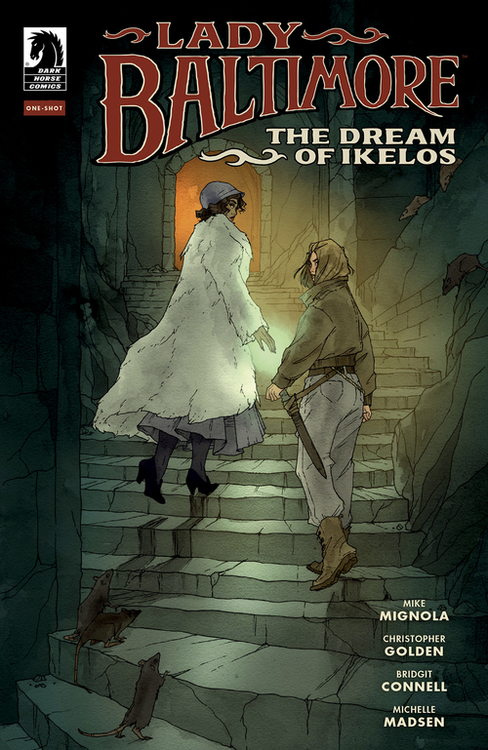 "Lady Sofia Baltimore, accompanied by an array of formidable companions, continues her war against the Nazis in an occult alternate Outerverse. High in the frozen Italian alps, a mercenary sorcerer has revealed a dangerous magical artifact. German forces will use it to obliterate Allied forces who stand against them . . . unless Sofia and Imogen can take possession of it first. Horror genius writing team Mike Mignola and Christopher Golden reunite, with stellar art by Bridgit Connell and colors by Michelle Madsen in a brand-new one-shot story!"