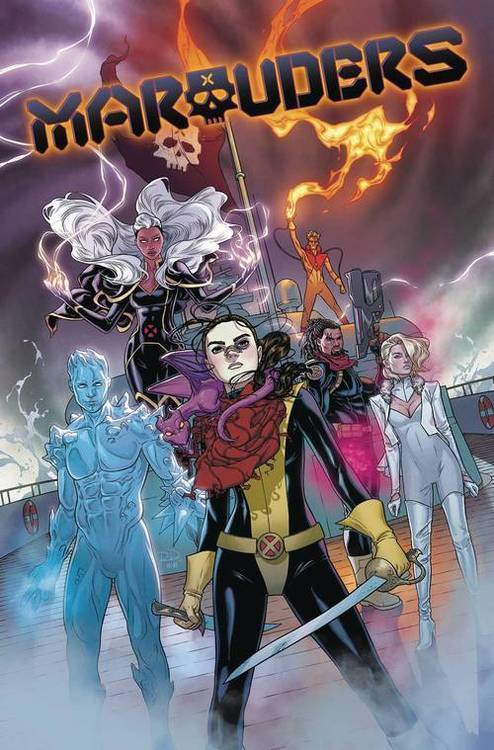 Ahoy, muties - the X-Men sail at dawn! Mutantkind has begun a glorious new era on Krakoa, but some nations' human authorities are preventing mutants from escaping to this new homeland. Which is where Captain Kate Pryde and her high-seas allies come in! Funded by Emma Frost and the Hellfire Trading Company, Kate and her crew of Storm, Pyro, Bishop and Iceman sail the seven seas to liberate their fellow mutants - as the Marauders! But the real cutthroats are back home in the Hellfire Club's Inner Circle, where Sebastian Shaw has recruited a new Black Bishop to aid in his machinations against the Club's two queens. As tensions rise, Kate's crew finds itself caught in the dead center of the Battle of Madripoor! Can the Marauders avoid being made to walk the plank? Collecting MARAUDERS #1-6. Rated T+