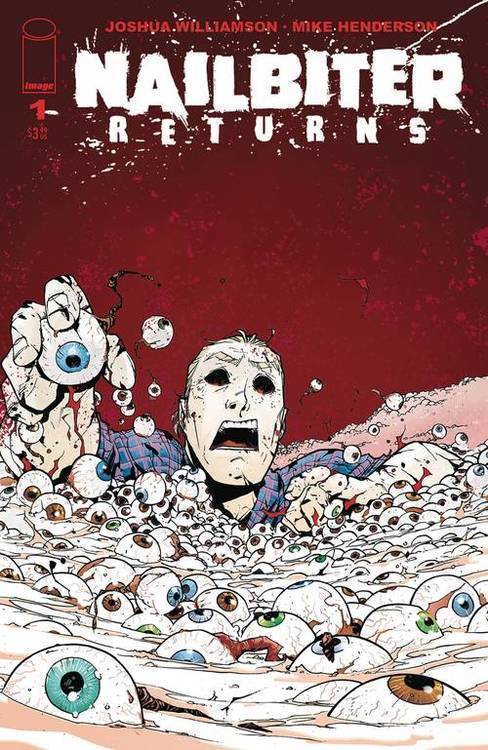 SERIES PREMIERE! JOSHUA WILLIAMSON & MIKE HENDERSON'S CRITICALLY ACCLAIMED HIT HORROR SERIES RETURNS! Sixteen of the world's worst serial killers were all born in the same small townbut Agent Finch and Sheriff Crane solved and buried that mystery. Didn't they? Violent copycat murders imitating the infamous Buckaroo Butchers have begun in Portland, Oregon, and if Finch wants the killings to stop, he'll have to team up with the daughter of the Nailbiter himself. A brand-new mystery begins in this EXTRA-LENGTH FIRST ISSUE!