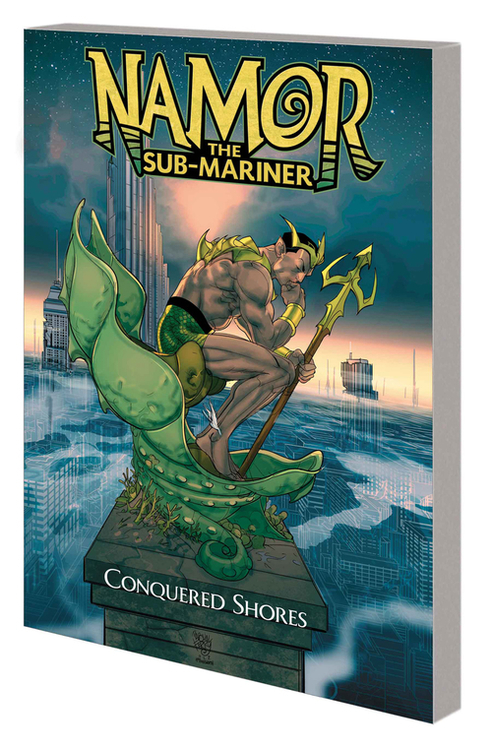 "A century into the future, not much land remains on Earth. A combination of a worsening climate and a devastating war with the Kree has left the plant's surface mostly inhospitable, with an ever-dwindling population of air-breathers and a profound lack of super heroes to protect them. Enter Namor, the Sub-Mariner, who is no longer King of Atlantis but ruler of the entire world! He may only have few friends left - but does Jim Hammond, the original 1940s Human Torch, yet live? Could Hammond hold the key to the salvation of Earth's human refugees? King Namor seeks to find out. Accompanied by Luke Cage, the Sub-Mariner sets off across what little devastated surface of Earth remains, following traces of his oldest adversary-turned-fellow Invader - and looking for answers to save his adopted subjects! Collecting NAMOR THE SUBMARINER: CONQUERED SHORES #1-5."