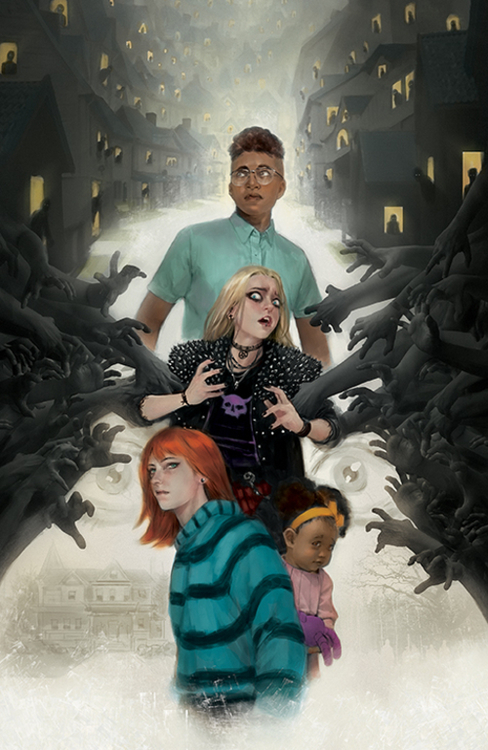 "When Janet and Oliver Gowdie move to a quaint mountain town, their daughter Casey becomes part of a horrific chain of events revealing that their neighbors are anything but what they seem. Soon an unsettling old woman named Agnes Early fixates on Janet and Oliver's other daughter-2-year-old Isobel. It becomes clear that it's impossible to know who to trust or who is even still human Steeped in Irish and English folklore and mythology, Jude Ellison S. Doyle (Maw) joins artist Letizia Cadonici (House of Slaughter), and colorist Alessandro Santoro (Bloom) to tread new ground in changeling horror. A tale perfect for fans of Eat the Rich and The Nice House on the Lake!"