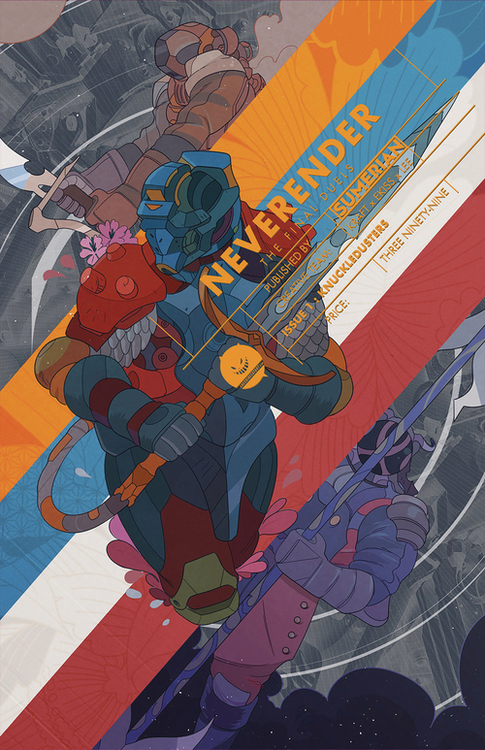 "The year is 2X19 and due to breakthroughs in artificial accelerants, mankind has taken to the stars. At the edge of civilization, the dominant sport is a civilized sword duel to the death. The top five fighters are protected by Saguaro, a talented and tenacious duelist. Team Egalite is forced to choose which direction to fight after Merrick openly criticizes the Colonial Republic after his previous duel. Dice and Kino equip Neverender for the endgame."