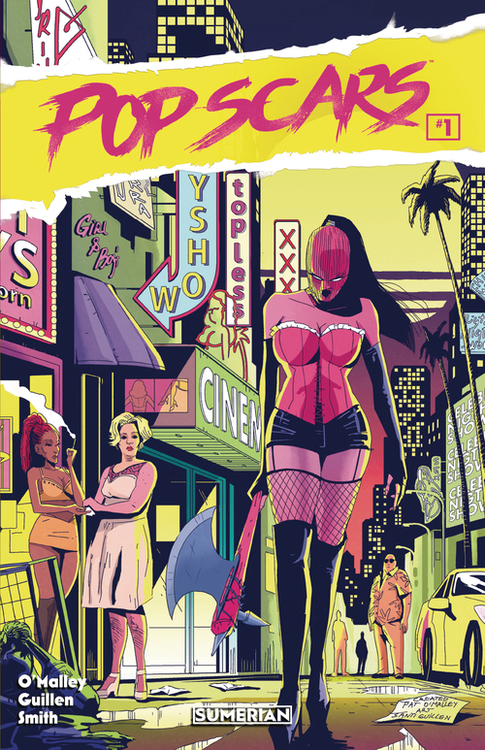 "Popscars is a gritty Hollywood revenge story about a vigilante badass in a pink ski mask and the famous Hollywood movie producer she is out to kill, who also happens to be her estranged father. In Hollywood revenge is best served in front of an audience. As our pink ski masked killer pushes her way through a Hollywood crowd, prepared to take her shot at her movie producer father, she's quickly swept into a brand new revenge plot orchestrated by her own unsuspecting target."