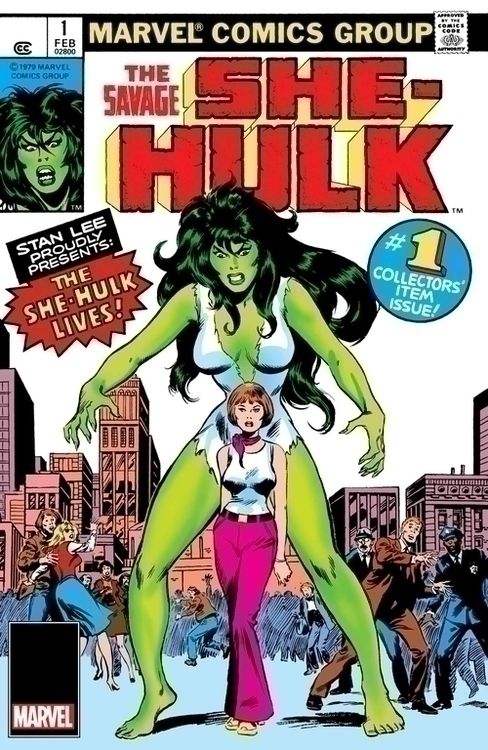 "The savage debut of the She-Hulk - from the creative minds of Marvel legends Stan Lee and John Buscema! When lawyer Jennifer Walters is shot by mobsters, only a blood transfusion from her cousin can save her life. Only trouble is, her cousin is Bruce Banner - and his blood is gamma-irradiated! Soon, Jen finds herself transforming into a tall, green fighting machine - all the better for wreaking violent revenge on her attackers! Jen resolves to cope with her new double life - and from then on, whatever Jennifer Walters can't handle, the She-Hulk will! Shulkie will go on to join the Fantastic Four and Avengers, and become one of comics' most popular characters - but her story starts right here! It's one of the all-time great Marvel comic books, boldly re-presented in its original form, ads and all! Reprinting SAVAGE SHE-HULK (1980) #1. Rated T" One Shot