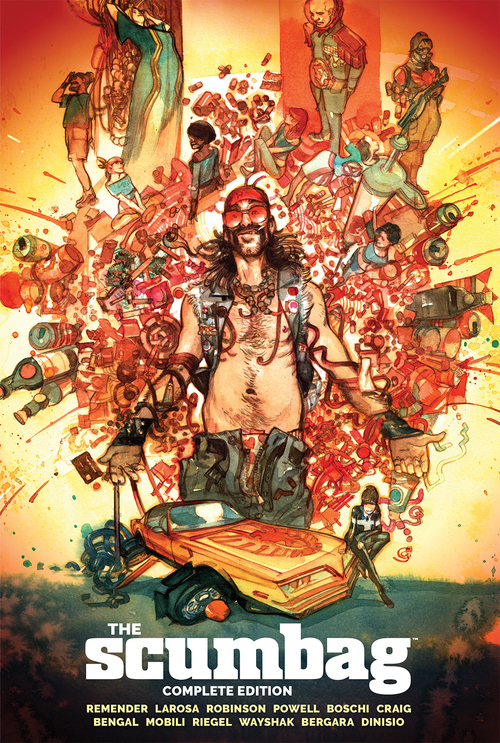 "The fate of the world rests in the hands of the worst person on it! From New York Times-bestselling writer RICK REMENDER and a murderers' row of all-star artistic talent comes the story of Ernie Ray Clementine, a profane, illiterate, drug-addicted biker with a fifth-grade education-and the only thing standing between us and total Armageddon. He's a relic of a bygone era, the living embodiment of sex, drugs, and rock and roll, and when he accidentally receives a power-imbuing serum that makes him the world's most powerful super spy, Ernie Ray will have to navigate opposing forces of extremism as they attempt to bribe, cajole, and manipulate him into looking past his own self-interests in the name of the greater good. Collects THE SCUMBAG #1-14"