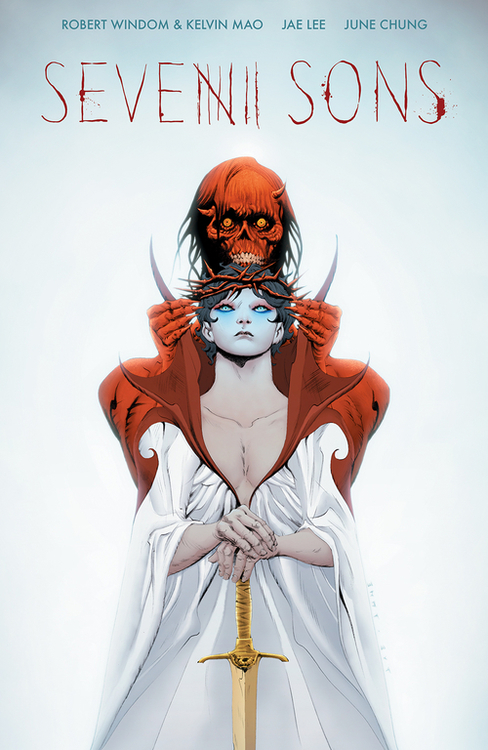 "Eisner Award-winning artist JAE LEE returns to creator-owned comics with his first new title since 1994, a seven-issue limited series, collected here in its entirety. In this thriller set in an alternate timeline, Nicolaus Balaak correctly predicted that on July 7, 1977, seven identical sons would be born to virgin mothers. Now, on their 21st birthday, one of these Seven Sons will be revealed as the new son of God and lead humanity into a golden age of morality, peace, and prosperity. It's The Fugitive meets The Book of Revelation, as Delph breaks free from his sheltered life to uncover the truth behind the Church and find his place in the world before Judgment Day arrives. Collects SEVEN SONS #1-7"