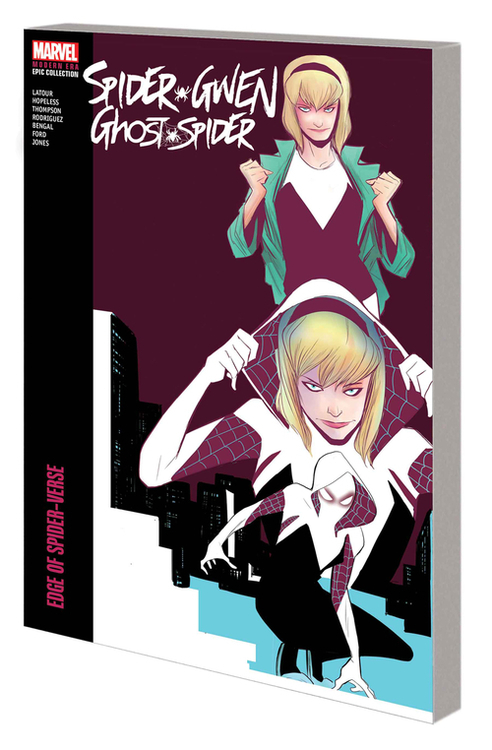 "On Earth-65, the radioactive spider didn't bite Peter Parker - it bit Gwen Stacy! Now, Gwen fights crime as Spider-Woman - just don't tell her father, the police chief! In the wake of SPIDER-VERSE, Gwen splits her time between school, heroism and playing in her band, the Mary Janes, while dodging NYPD lieutenant Frank Castle! But what really happened the night her world's Peter Parker died, and how does it connect to a new reptilian rampage? Gwen's troubles pile up as her world's Osborns debut and she finds herself on S.H.I.E.L.D.'s most wanted list! Can a team-up between Gwen, Silk and Jessica Drew - the Spider-Woman of the prime Marvel Universe - help Gwen learn lessons about power and responsibility? Collecting EDGE OF SPIDER-VERSE (2014) #2, SPIDER-GWEN (2015A) #1-5, SPIDER-GWEN (2015B) #1-8, SPIDER-WOMEN ALPHA, SILK (2015B) #7-8, SPIDER-WOMAN (2015) #6-7 and SPIDER-WOMEN OMEGA. Rated T+"