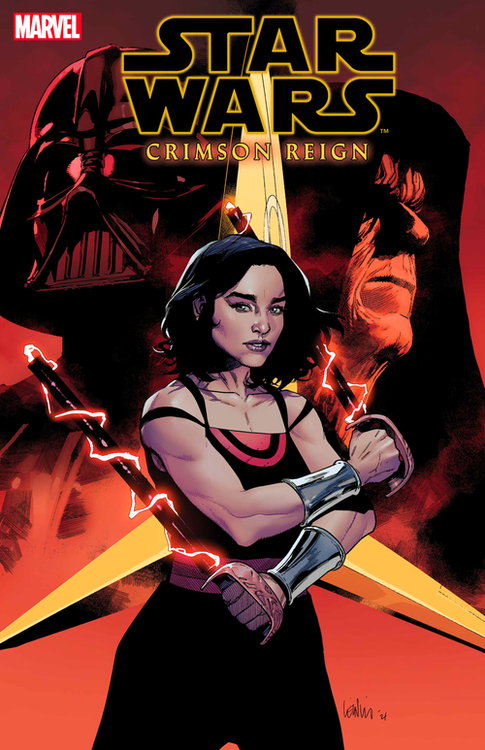 AFTER THE DAWN... COMES THE REIGN! The story that began with WAR OF THE BOUNTY HUNTERS continues here, in the second installment of a trilogy that will reshape the history of the Star Wars Galaxy during the Age of Rebellion. Featuring the return of beloved characters, shocking twists, epic feats of the Force and a story that will reach from Star Wars' darkest underworld all the way to the Imperial Palace on Coruscant, Crimson Reign is a Star Wars saga like no other! RATED T