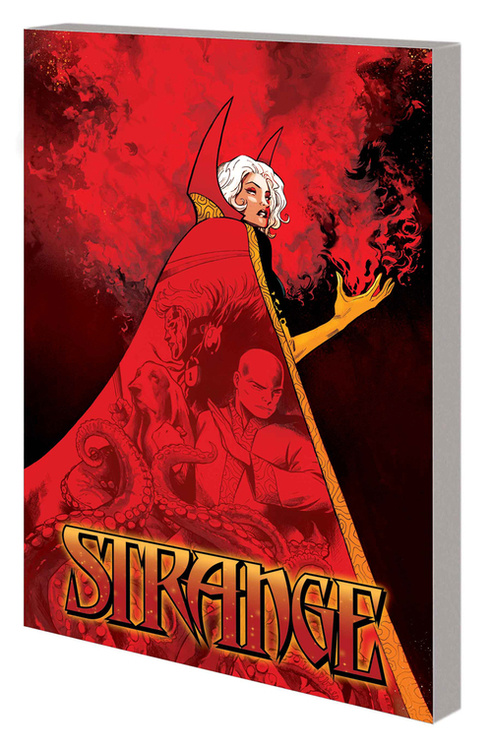 "What will be Clea's next move? Someone has stolen pieces of Wong's memory, and he's going to need them back to stop the Blasphemy Cartel. It's up to Wong and Bats to retrace their steps and uncover the truth about what's been taken from him - but could some memories be better off forgotten? As Clea and Wong at last uncover who is behind the zombie resurrections of deceased heroes and villains, they're going to need all the help they can get, including from the Sorcerer Supreme of Death: the Harvestman! Plus: The secrets of the Blasphemy Cartel are revealed by the unlikeliest of sources! The Cartel unleashes its deadliest weapon, but what is it? Or?who?! As one chapter closes, a new one is about to begin in the house of Strange! Collecting STRANGE (2022) #6-10. Rated T+"