Thunderbolts TPB Back On Target

Thunderbolts TPB Back On Target 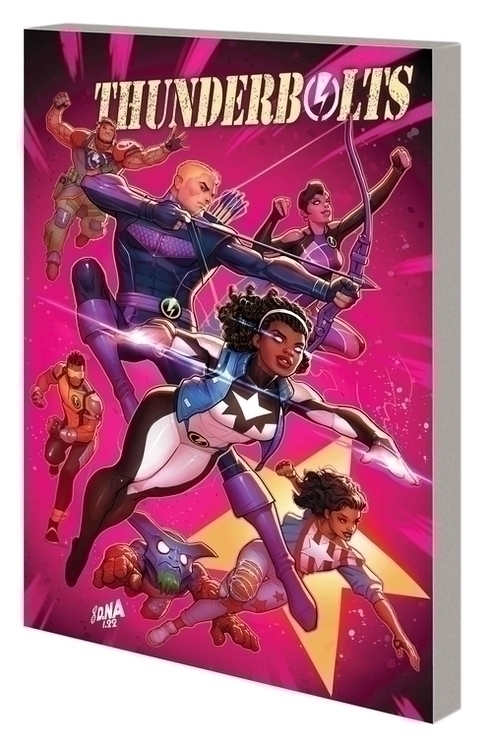 "Redeeming justice, like lightning! Super-powered crooks take hostages in Staten Island? A dimensional rift tears open in Chinatown? Monsters running amok at the Met? Call in the Thunder! New York City's finest are here to save the day: Hawkeye, Spectrum, America Chavez, Power Man, Persuasion and the all-new cyber-soldier called Gutsen Glory! You know 'em, you love 'em: They're the Thunderbolts! In the aftermath of DEVIL'S REIGN, the Big Apple has big problems, and it's up to a new group of Thunderbolts to turn things around. But when Clint Barton is tasked with heading up this squad, the first opponent he's going to have to face