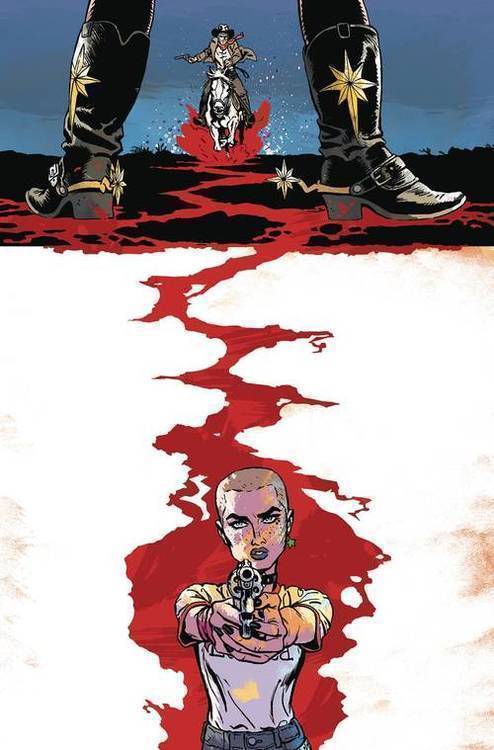 In the early 1970s, Ethel Grady Lane returns to her hometown of Sweetheart, Arizona with one thing on her mind: killing the man who murdered her family. But first, she'll have to find him. As Ethel navigates the eccentric town and its inhabitants, she learns that the quaint veneer hides a brewing darkness. She has no choice but to descend into a ring of depravity and violence, with her only ally an Old West novel that follows famed gunslinger Solomon Eaton. As both stories unfold simultaneously, a love of fiction informs choices in reality, for better or worse. From the minds of Lonnie Nadler and Zac Thompson (The Dregs, X-Men, HER INFERNAL DESCENT) and artist Sami Kivela (Abbot, Tommy Gun Wizards) comes a neo-western that depicts the hard truth of seeking vengeance in the real world.