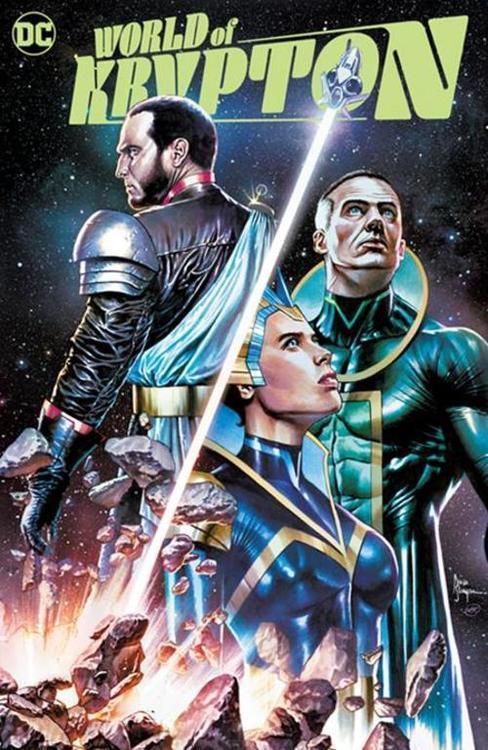 The end where it all began! Return to one of the most storied periods in comics, and discover what led to the destruction of Superman's home planet!Krypton is a utopia admired across the universe for its achievements in science and culture, but its shining towers and regal people conceal a planet rotting at its core. When a catastrophic event befalls Krypton's natural world, it points toward a mass extinction in the making. Jor-El, head of Krypton's revered Science Council, embarks on a mission to save a world that may already have passed the point of no return.As evidence of Krypton's environmental precarity mounts, the ruling council fights even harder to hide behind the myth of utopia. But a refusal to confront the problem is truly a refusal to attempt a solution!Shining new light on the famous characters of Krypton's pastincluding Jor-El, General Dru-Zod, and even a young Kara Zor-ElWorld of Krypton combines action, cosmic wonder, and political intrigue in a story as much about our world as the one on the page.Collects World of Krypton #1-6.