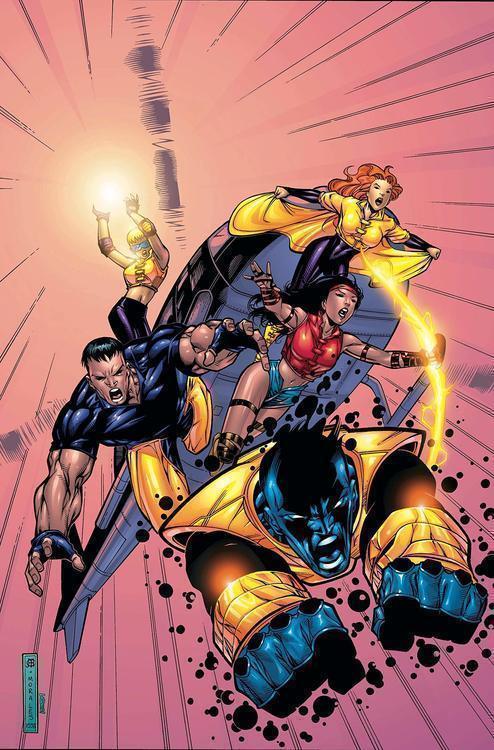 Zero tolerance - maximum action! As the U.S. government's mutant-hunting Prime Sentinels target the villainous Mutant Liberation Front, X-Force is caught in the middle! What is their old friend Dani Moonstar doing with the MLF? And when the Sentinels capture half the team, can the ragtag remainder pull together to rescue them? Meanwhile, an old foe with an ax to grind targets Domino, and X-Force breaks away from Cable and hits the road! But their crosscountry trip may prove fatal for Warpath, who's in for a hellish time - with Stryfe! Plus: Sunspot and Meltdown get close, but what is Bobby's connection to the ruthless Reignfire? Karma returns as the team attends Burning Man! Moonstar runs afoul of the Deviants! Flashback to the early days of the Proudstar brothers! And Domino battlesShatterstar?! Collecting X-FORCE (1991) #66-84 and #-1. Rated T