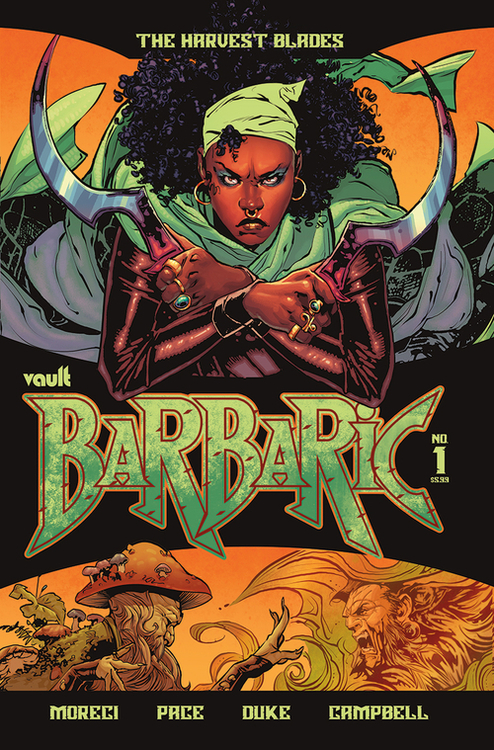 Like a punch in the privates, BARBARIC is back! Bloodier and more irreverent than ever. In this one-shot, Owen, the barbarian cursed to do good, is forced out of hiding and back to his old B.S.! A whole bunch of violence, ethically approved, of course, by his moral compass, the talking Axe! Find out for yourself why Entertainment Weekly, Thrillist, Screen Rant, and a whole bunch of other people called BARBARIC one of the best comics of 2021. The first of many one-shots that further explore the world of Barbaric, whose second arc, Axe To Grind, arrives in July!