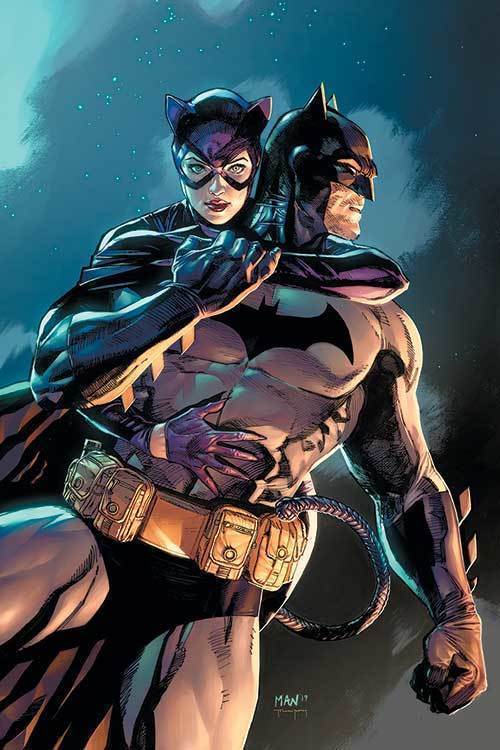 At last, Tom King returns to the rocky, romantic saga of Batman and Catwoman with his Heroes in Crisis collaborator, superstar artist Clay Mann!<p>Echoing plot points from Kings epic Batman run, this sweeping tale is told across three timelines: the past, when the Bat and the Cat first fell in love; the present, where their union is threatened by one of Batmans lost loves; and the future, where the couple have a happy life and legacyincluding their daughter Helena, the Batwoman. And as the story begins, after a long marriage, Bruce Wayne passes awaywhich frees Selina Kyle to settle an old score.<p>At every stage of their relationship, Bruce and Selina have an unwelcome chaperone: The Joker!<p>Oh, and that lost love of Bruces? Its Andrea Beaumonta.k.a. Phantasm. Just thought youd want to know.