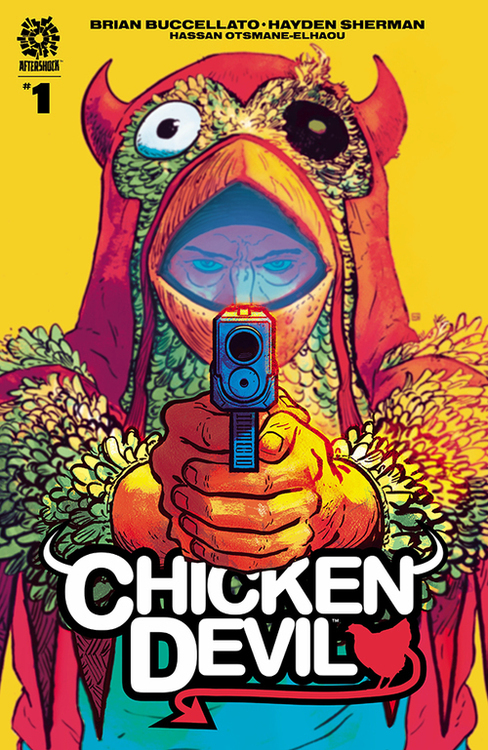 Mitchell Moss is about as regular as it gets. He's married with two children, and co-owns a successful chain of Memphis Hot Chicken restaurants. It's not the life that screams hero/vigilante...until he discovers that his business partner is in bed with the mob and owes them $2 million. Unfortunately, Mitch is ill-equipped to be a badass-he's just a guy who makes really good chicken. Can he protect his family from cold-blooded gangsters? Absolutely not. But maybe the CHICKEN DEVIL can Writer Brian Buccellato (Detective Comics, The Flash, Witchblade) and artist Hayden Sherman (COLD WAR, MARY SHELLEY MONSTER HUNTER) serve up a darkly comedic crime drama that's juicy, tender and finger-lickin' hilarious.