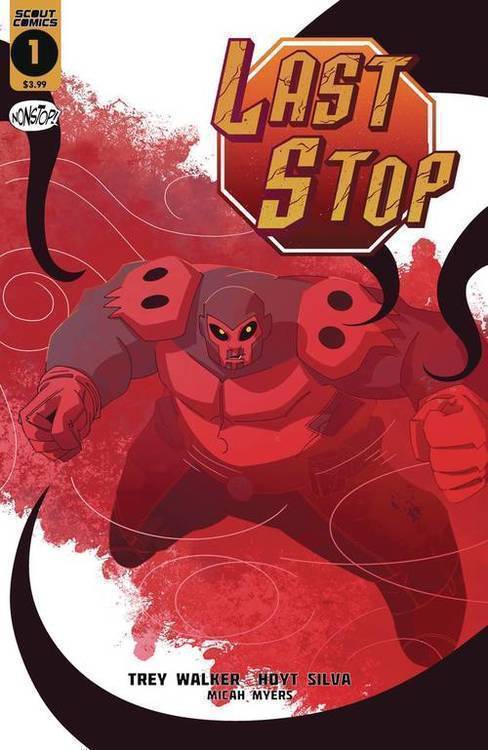 The newest entry in the new NONSTOP! Imprint where Scout releases a World Premiere issue followed by the entire story a few months later in one volume. Time is ticking for the World's last superhero. Disillusioned, Lincoln Adams (AKA Unstoppable) must make peace with the changing world around him-can there truly be a place for him in a world without Supers? After learning of his terminal disease, Lincoln sees an easy way out; however, the re-emergence of an old Arch-Nemesis, and a new shadowy masked figure, turn Lincoln's plans of an easy passing on their head. Can Lincoln stop this new threat before the disease stops him?