God Of Tremors One Shot (Mature)

God Of Tremors One Shot (Mature) 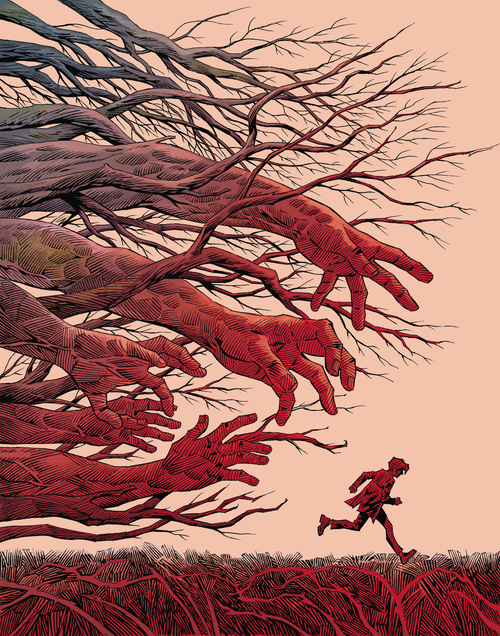 A 19th Century gothic horror of exorcism, demonic worship and epilepsy. When Aubrey has his first seizure, he's pulled out of school and hidden away in the family's remote country estate. His father - a high-ranking English priest - tries to chase the 'devil' out of Aubrey - but maybe the devil lurks in the grotesque pagan effigy that dwells on the grounds. And maybe the devil will turn out to be Aubrey's only ally A singular tale of nightmarish terror and creeping enlightenment told against a backdrop of ignorance and brutality, GOD OF TREMORS springs from the fertile imagination of award-winning writer Peter Milligam (OUT OF BODY, Shade the Changing Man, X-Force) with illustrations from Piotr Kowalski (JOIN THE FUTURE, Sex).