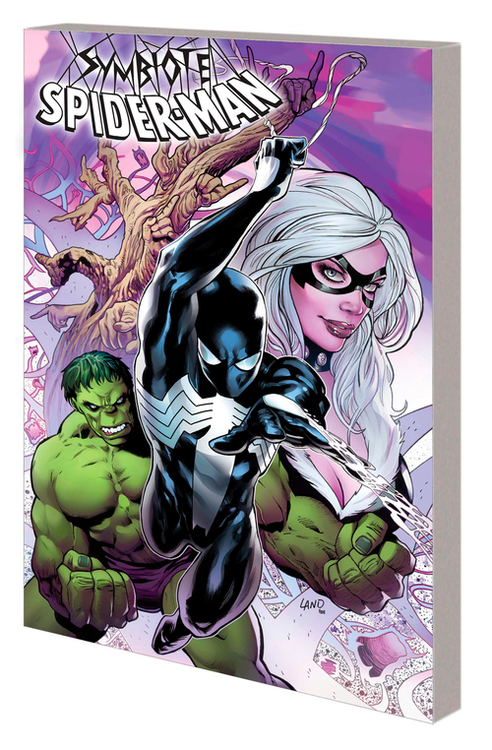 Peter David and Greg Land do the time warp again! Brace yourself for another trip back to the time when Spider-Man unknowingly wore an alien symbiote as his costume! But this all-new blast from the past will take Spidey down the road less traveled - and into the supremely psychedelic Crossroads Dimension! And for those of you who know your Marvel history, that means that Peter Parker and his alien costume are on a collision course with none other than the mindless, rampaging Hulk! Meanwhile, with Spidey missing, the Black Cat enlists the aid of the Sorcerer Supreme! Andis that a certain big, red dinosaur?! It's an unrevealed tale from Peter's symbiotic past, told in the modern Marvel manner you know and love! Collecting SYMBIOTE SPIDER-MAN: CROSSROADS #1-5. Rated T