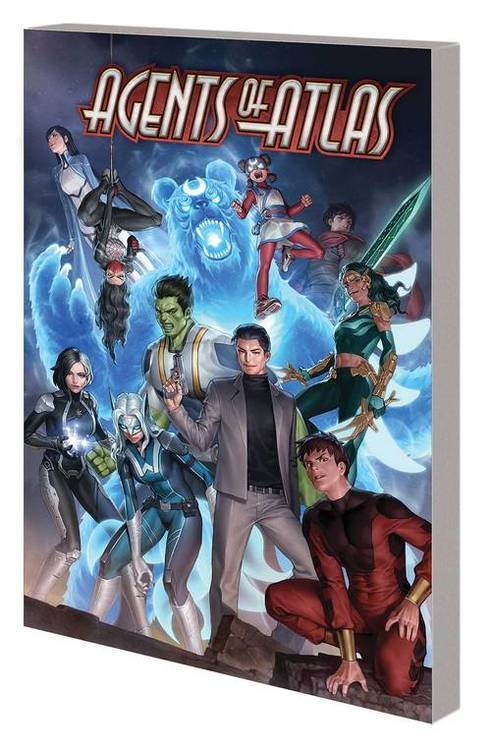 Asia's greatest heroes unite! By popular demand, the New Agents of Atlas return as Amadeus Cho, Silk, Shang-Chi, Wave, Jimmy Woo and all your favorites defend the cross-Asian portal city of Pan against the science/magic threat of one of Marvel's classic villains! It's timeless action as heroes from multiple lands clash with one another, battle horrific monsters side by side - and hopefully save the world along the way! But who is Isaac Ikeda, the Protector of Pan? And what does Mike Nguyen and the Big Nguyen company have planned for Pan? The newest Giant-Man, Raz Malhotra, joins the fun as the team goes big on action - and romance! But who's kissing whom? Plus: The original Agents of Atlas - Namora, M-11, Venus, Gorilla-Man, 3-D Man and Marvel Boy - reunite for a top-secret mission! Collecting AGENTS OF ATLAS (2019) #1-5.