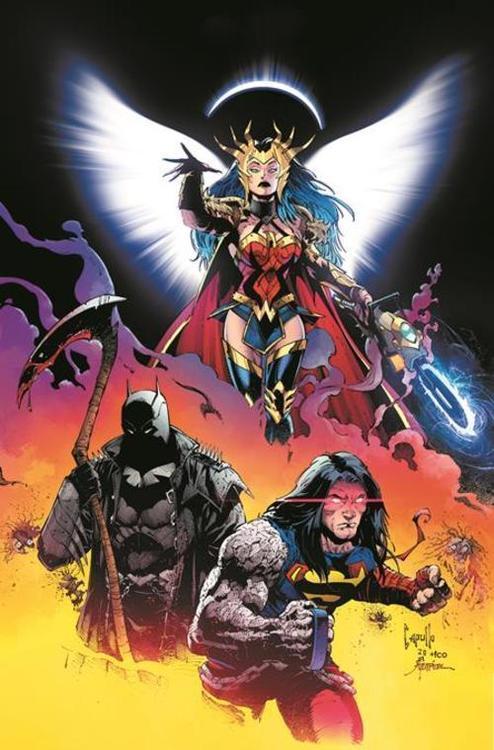 Get ready for the reality-shattering encorenow in a new deluxe edition hardcover! Writer Scott Snyder and artist Greg Capullo, the legendary team behind Dark Nights: Metal and Batman: Last Knight on Earth, reunite for one last tour of DCs Dark Multiverse. When the Earth is enveloped by the Dark Multiverse, the Justice League is at the mercy of the Batman Who Laughswho is reborn as the Darkest Knight! Humanity struggles to survive in a hellish landscape twisted beyond recognition, and Wonder Woman, Batman, and Superman are trapped in nightmare worlds within the Dark Multiverse! It all comes down to the Darkest Knight versus Wonder Woman, in the most metal-est DC event of all timepaving the way for the future of the DC Universe! Collects Dark Nights: Death Metal #1-7.