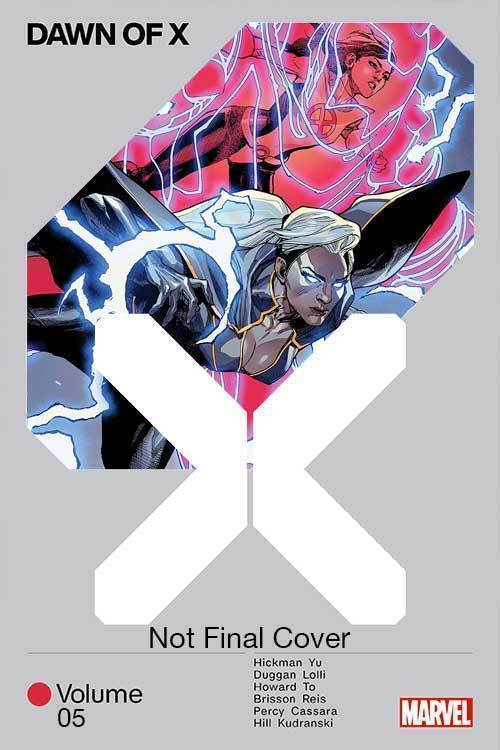 The Dawn of X heralds fresh dangers! The X-Men face the surprising return of an old nemesis! Deadly choices carry dark consequences for X-Force - and Domino and Forge must pick up the pieces as the team faces a major setback! The battle of Madripoor begins as Captain Pryde's Marauders are caught between the island's forces and the Black King's machinations! Deep within Excalibur's Lighthouse, locked inside her mysterious coffin, Rogue dreams! The Fallen Angels welcome Husk and Bling! as they join Psylocke and company on their mission to stave off Apoth and his children! And deep in Shi'ar space, Deathbird returns - and she won't let the New Mutants get in the way of what she wants! Collecting X-MEN (2019) #5, X-FORCE (2019) #5, MARAUDERS #5, EXCALIBUR (2019) #5, FALLEN ANGELS (2019) #5 and NEW MUTANTS (2019) #5. Rated T+