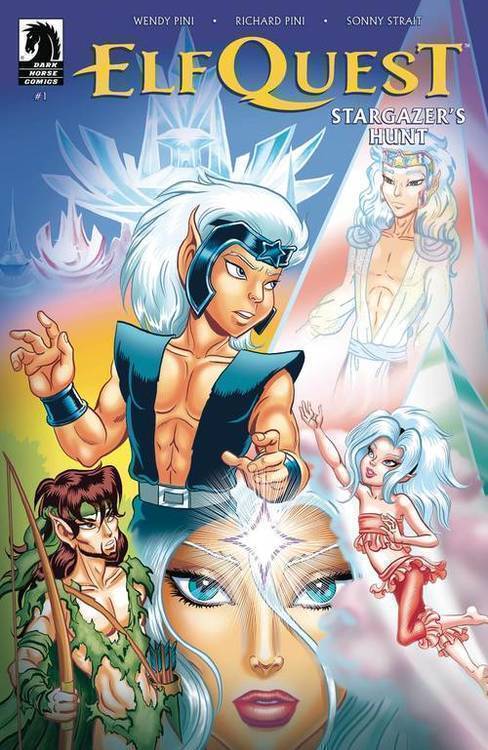 When ElfQuest: The Final Quest concluded, it ended the hero's journey of Cutter Kinseeker, chief of the Wolfriders. But that was only the start of a new adventure for Cutter's 'brother in all but blood,' Skywise. Now the stargazer elf, who thought he knew everything about Cutter, discovers how mistaken he was. That, combined with a tragic accident involving his daughter Jink, sends Skywise on a quest of his own, from the elves' ancestral Star Home through uncharted space, and back to the World of Two Moons. Stargazer's Hunt has story by ElfQuest co-creators Wendy and Richard Pini, with script by Wendy Pini. Veteran Elfquest alumnus Sonny Strait returns at full force as the artist and colorist for the new series. o All-new material for an established character.