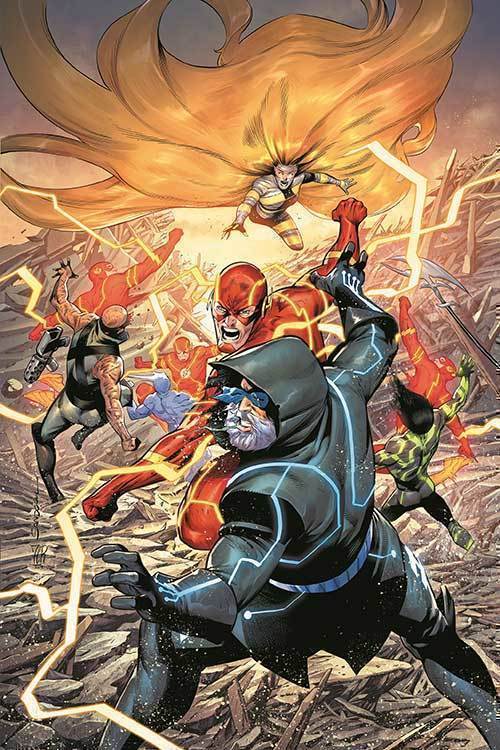 The Speed Force is dead, doom has gripped the Earth, and the Flash lives in a nightmare! Powered up by Lex Luthors offer, Captain Cold led his team to their ultimate victory over Central City. The Rogues have reshaped reality itself into their own kingdoms of crueltyHeat Waves volcanic territory, Weather Wizards floating armory of the elements, and at the center of it all, the icy castle of Captain Cold. But there is hope in the darkness, as the Flash battles his way back from the brink and discovers a way to reverse the Rogues reign once and for all. But with his powers out of control, can he outrun the inevitable?<p>Collects The Flash #82-87.