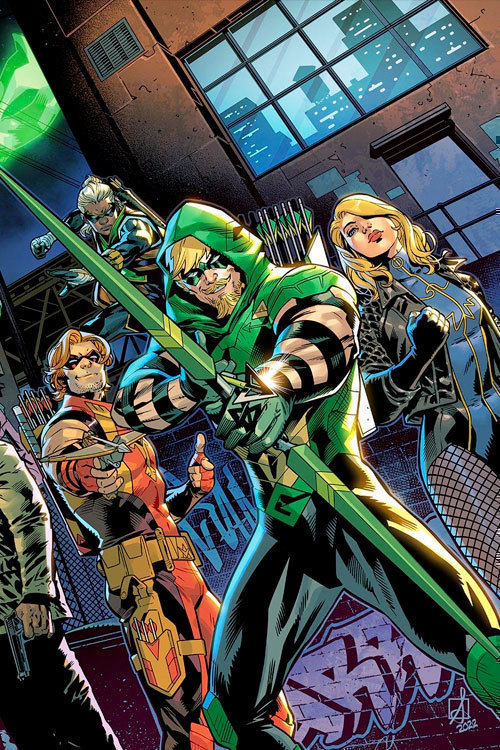 What was the last thing you took home from an island getaway? A tacky souvenir? A great tan? More boring slideshows than you have friends to show? Spoiled billionaire Oliver Queen came home with an entirely different personality—and a newfound purpose in life. Completely self-absorbed and never caring about anything but himself, Queen was on a leisurely sailing trip when his assistant betrayed him, leaving him for dead on a desolate remote island. Stranded, he survived by, amongst other things, mastering a bow and arrow. When he eventually discovered the primitive locals that shared the island with him, he uncovered a large conglomerate sadistically exploiting and enslaving them. Ollie used his new skills of survival and archery to lead a rebellion— only to realize how similar his opponents were to the man he used to be.