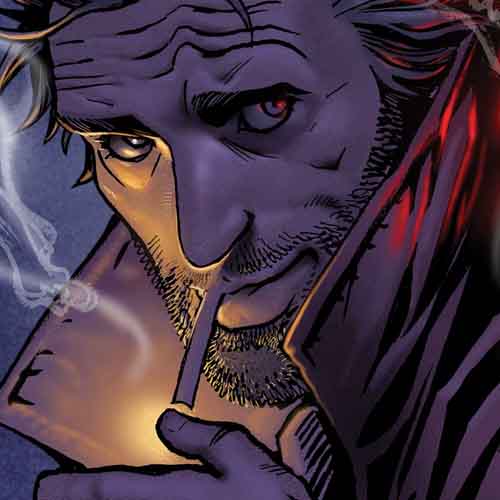 When all the chips are down and everything’s on the line, what would you do to ensure you come out on top? What would you be willing to sacrifice? For occult detective John Constantine, the only thing more difficult than answering that question almost every single day, is living with his decision. From a young age, Constantine sought refuge in the occult as an escape from his hard life. It didn’t take long for him to discover he had a gift for it, but he also learned the deadly price of the dark arts when his inexperience cost the life of another. Since then, Constantine has vowed mastery over the occult and the demonic creatures that seek to abuse its power. But in so doing, he’s also learned the hard truth about what it takes to stand against powerful dark forces—a willingness to sacrifice anything and anyone. While Constantine prefers to bluff his way out of trouble by relying on subterfuge and slight of hand, he also never hesitates to lie, double-cross or hurt and betray those closest to him. But this apparent callousness masks an interesting truth about Constantine: If the fight against evil forces requires a willingness to sacrifice everything and everyone that you hold dear, then a hard attitude is likely necessary. Whether it’s due to a sense of self-loathing, a resistance to any sort of authority or a deeply hidden desire to do what’s right, Constantine is willing to make the hard choices…so that no one else has to.