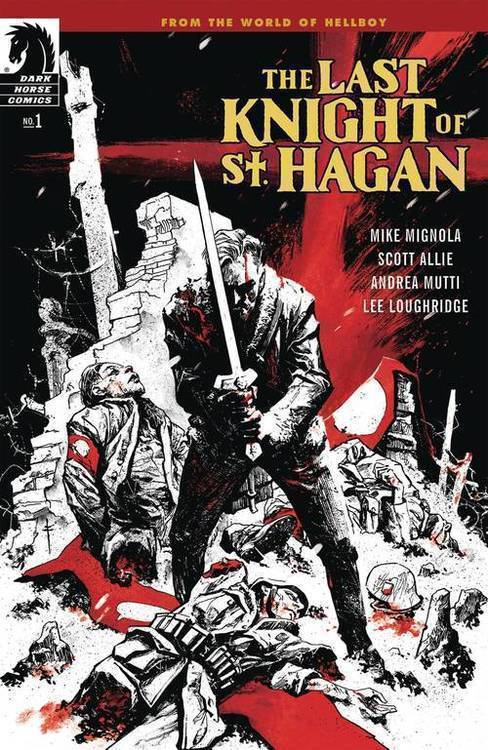 A wily Polish spy, pursued by a group of Nazi enforcers, flees through the small town of Torun. The year is 1939, the beginning of the German occupation, and he carries important information for the resistance. But a bullet, a tomb, and a ghost-perhaps even God-have their own plans for the spy, and they will involve the mystical crusader knight St. Hagan. Mike Mignola and Scott Allie join with artist Andrea Mutti and colorist Lee Loughridge to bring you this dark tale of bloody intrigue and otherworldly horror. Some hauntings are more potent than others.