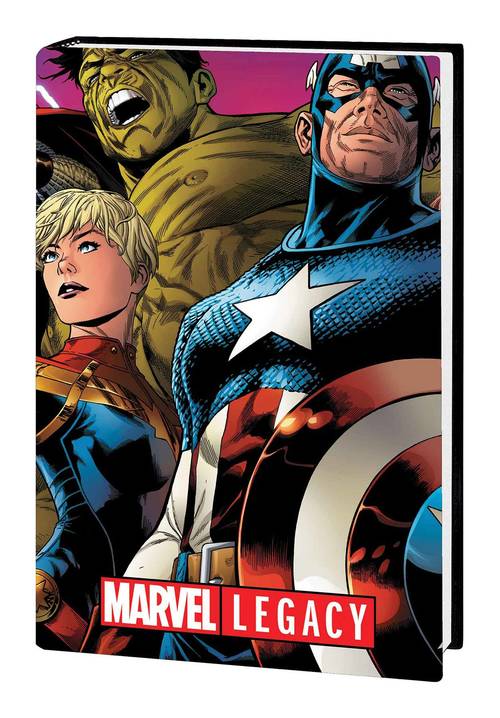 Celebrate the Marvel Legacy as we enter a brave new era! It begins at the dawn of the human race, and ends with a child's prayer! In between, empires fall, mysteries brew, secrets are revealed, quests are undertaken, and legends are forged! And it all leads up to the dramatic return you've been waiting for - and one you've been dreading! Jason Aaron, Esad Ribic and a host of superstar artists deliver an epic story that will touch every corner of the Marvel Universe! It's everything you've been longing for - and more! Plus: A complete collection of the Marvel Legacy Primer Pages, short stories that reveal everything you need to know about the Marvel Universe's greatest heroes! Collecting MARVEL LEGACY #1, MARVEL LEGACY PRIMER PAGES and FOOM MAGAZINE (2017). Rated T+