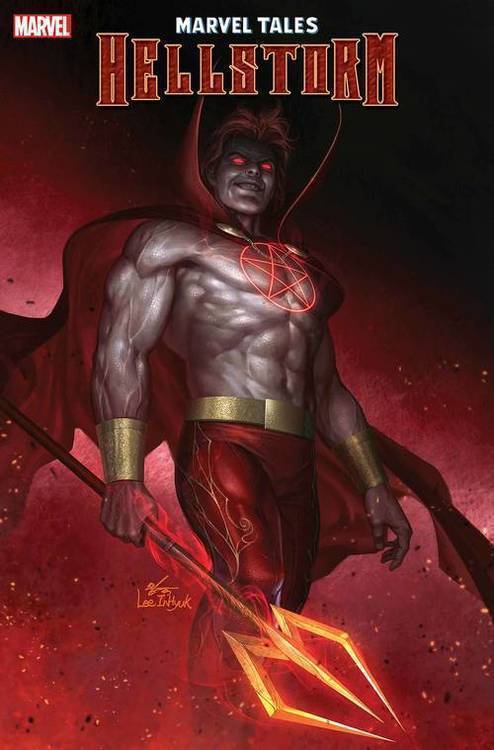 Daimon Hellstrom, the Son of Satan himself, demonstrates his devilish charm as we celebrate the legacy of the House of Ideas with the era-spanning MARVEL TALES! This anthology series shines a spotlight on fan-favorite characters, features timeless stories and highlights some of our most impressive talent from the past eight decades. First, Daimon makes his scene-stealing debut as an exorcist in GHOST RIDER (1973) #1! Then he claims a series of his own with SON OF SATAN #1 - and steps through a portal to hell for an unhappy family reunion with his diabolical father! And, in HELLSTROM: PRINCE OF LIES #12, Daimon digs into the darkest and most disturbing corners of the Marvel Universe, courtesy of one hell of a creative team - Warren Ellis and Leonardo Manco! Rated T+