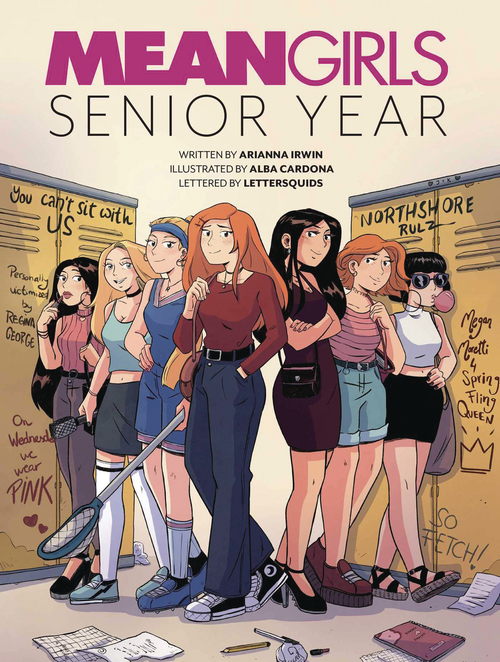 Following the success of the iconic Mean Girls movie and Tony-nominated musical comes the original comic sequel, Mean Girls: Senior Year! The Mean Girls film swept the nation as an instant hit when it first premiered, quickly becoming a cult favorite and yielding a new national holiday on October 3rd. But the story didn't end there-now Cady, Regina, and the rest of the gang are back and ready to take on senior year in this all-new comic that is so totally fetch! After struggling to survive the wild events at Northshore High School the year before, Cady learned her lesson and is swearing off drama. It's all about good grades, SAT prep, and college applications from here on out-but the new transfer student Megan Moretti isn't about to let Cady stay focused. Megan is determined to rise to the top of the popularity food chain and become a new Plastic, so Cady, Regina, Gretchen and Karen have to band together to stop this queen bee wannabe from turning the school inside out all over again.